I always watch for reports that rate things I'm interested in.  Especially when it's related to my profession as a health insurance broker in California.  The August 7th report from US News regarding the "Best California Health Insurance Plans" caught my eye because they are a large well known organization with a huge audience.

My first glance at the report made my stomach clench into a knot, and I knew there was a problem with what they were showing.  Their results could mislead people into picking plans that are too expensive, or simply scare them away from trying to get health insurance at all.  So I dug in to find out what went wrong.

The overall look of the page made me a little nervous about the potential content because there were 4 "Get Quotes" ads that eHealthInsurance paid for all around the US News health insurance report.  Next, the first 10 plans listed as 5 Stars by US News were mostly HMO plans by an insurance company named Chinese Community Health Plan.  I've never heard of that company so they can't be a big player in the California market.

The opening text of the report says they rated 59 plans in California, but I know that there are over 120 plans offered by the major insurance companies.  The last straw was that the second plan on the five Star list was the Blue Shield Saver 6000 HSA plan.  Now I was sure that there was something terribly wrong with the report, because the new Blue Shield plans are not very competitive in California as of July 1st.  So how could this one be listed as the 2nd best plan?

It became clearer when I noticed the little "+ Read More" under the first 2 lines shown above.  Once I clicked on that and saw the rest of the text I understood more about what I was seeing.

Using government data, U.S. News has rated 59 health insurance plans marketed to individuals living in California. Of these, 14 earned the top rating of five stars in the U.S. News analysis. A plan's star rating reflects how much coverage it provides for an array of healthcare services. (For an explanation of our star ratings, see How We Rate Health Plans.) A plan's star rating does not take into account its monthly premium. Average monthly premiums for all rated individual plans in California range from $252 for healthy 30-year-old nonsmokers to $586 for healthy 60-year-old nonsmokers.
To find ratings and premiums for plans available to you specifically, please fill out the blue form below.

The top plans, according to US News are those that offer the most benefits for the least amount of out-of-pocket cost.  So HMO plans that have $10-$40 copayments for every benefit end up being the top rated plans.  HMOs, however, have significantly higher monthly premiums than most people can afford, so how are these 5 star plans a good choice for consumers?

Looking at the US News "How We Rate Health Plans" page gave me some more clues about what went wrong.

We obtained data from information collected by the Centers for Medicare and Medicaid Services (CMS) for the purpose of offering details about such plans on healthcare.gov. 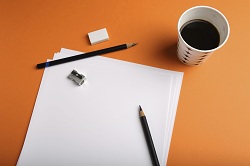 As it is, the US News report claims to have been created to help people shop for health insurance:

Our goal in evaluating these health plans—as it has been for decades in ranking hospitals, colleges, and more—is to help consumers to make important life decisions, in this case to find health insurance that provides the coverage they need at a price they can afford.

But their data excludes the cost of the medical plans from the analysis, which makes the resulting star ratings useless to anyone that is shopping for health insurance.  How can a person know if they need two star or three star benefits from their insurance plan?  The star system does not provide a way for someone to know what kind of benefits are available in two star or three star plans without looking at each plan. 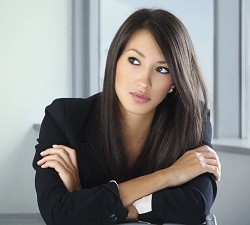 If someone has to look at each plan to figure out if it has the benefits they need, then the US News star ratings are not useful and could be misleading.  Misleading because someone could look at only the four and five star plans in order to get a "good" plan.  Then discover that those plans are not affordable and give up the search thinking that health insurance is too expensive.

I applaud the efforts US News used in their analysis of the plans they did review.  Their breakdown of the point scoring system they used to rate the plans was good.  However they needed to do something more with the information to make it useful to their readers.  They were SO CLOSE to having something really good, and they stopped one step short.  The simple addition of plan premiums as a 2nd axis along with the stars on the 1st axis would have made the analysis much more valuable.  With that addition a user could have answered the question "How can I get the most value (plan benefits) for the least cost?"  As it currently stands, the report is more of a curiosity and a time waste than a resource for someone shopping for health insurance.

So, if anyone from US News reads this, I'd love to get a copy of your data and add the extra information to make the data useful.  To all my SPF Insurance fans and clients, stay tuned for an upcoming graphic that will show how all the California health insurance plans rate from a price and benefit standpoint.

Tell your friends about it!