As most of you are probably aware, this year the California open enrollment period started on November 15th, and to get a January 1st start date, the deadline was December 15th, or yesterday. Well, not a whole lot of surprise, but Covered California announced yesterday that they were going to extend the deadline from December 15th out to December 21st. So for everybody that was a little bit late, or couldn’t quite get to it by the 15th, there’s a little bit more time.

However, the caveat to that is the only way to sign up now and get a January 1st start for your health insurance is to do so through Covered California. That means whether you qualify for a subsidy or not, using Covered CA is the only way to get a January 1st start date. If you sign up directly with an insurance company right now, then your plan is going to start on February 1st, not January 1st.

There’s a drawback to actually signing up with Covered California that I think everybody needs to understand. If you qualify for subsidies, by all means, that is the way to go. Free money is hard to beat no matter how you look at it.

But if you’re not going to qualify for subsidies, what you actually are doing is increasing the rates that everybody is going to have to pay in California in 2016. The way that works is that right now, Covered California is currently 100% funded by the federal government until December 31st. On January 1st of 2015, Covered California has to be self-sufficient. The way they generate income is by charging the insurance companies $13.95 for every person that signs up for coverage on the exchange, whether they qualify for a subsidy or not.

Between December 15th and December 21st, Covered California is really hoping that they get some people that qualify for subsidies, but even more, they want everybody that was just a little bit late and doesn’t qualify for a subsidy to sign up on the exchange, because that way Covered California collects that $13.95 per person the rest of the year. 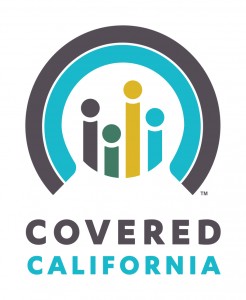 There’s a simple solution to that problem, and it’s something that is going to be really easy to do. The solution is basically we sign up now for Covered California; we get you a plan that’s going to start on January 1st, and at the same time, we also apply for that same plan directly with the insurance company. So we have an application for Covered California and an application with the insurance company both going out at the same time.

The Covered California plan will start on January 1st; the direct application with the insurance company starts on February 1st. And then right before the beginning of February, we cancel the plan from Covered California, and now for the rest of the year, your coverage is through the insurance company directly. So we just have that one-month hit on the $13.95 per person.

That’s the strategy. If you’d like some help implementing this yourself so that we can keep the rates for everybody in California a little bit lower next year, then give us a call.

This is Tim Thompson with SPF Insurance. Remember to protect the health of your wealth by protecting your wealth of health.

Update to post:
As of Friday, 12/19, many of the health insurance companies also extended their enrollment period to help minimize the effect of Covered CA extension of the deadline. Anthem Blue Cross, Cigna, and Health Net extended their deadlines.